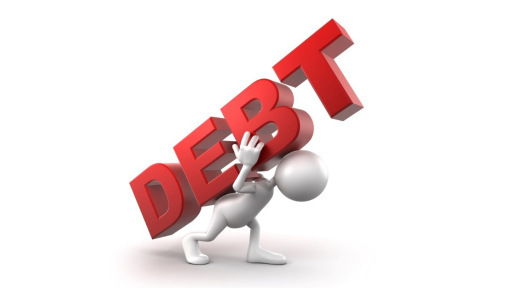 Debt robs Africa of its dignity: it brings to the open, conversations centred on where Africa is and where she intends to get to. It brings to the fore the true state of Africa and her aspirations.

In light of this, any solution proffered to curtail existing problems or mitigate potential problems must be strictly assessed using inclusion and sustainability criteria.

Speaking at the summit on Financing African Economies in France, President Akufo-Addo on Tuesday 18 May 2021 called on the West and Bretton Wood institutions to forgive Africa of its debt because of the disruption caused by COVID-19. He opined Africa’s predicament is more of global architecture set to impoverish the continent.

President Akuffo-Addo’s speech was driven by externalism. He failed to look at the factors within—his big size government and the excessive interventionist approach the government has adopted. Like many of his counterparts, His Excellency fails to understand that the challenge Africa confronts is much more within, than without.  In time past, the International Monetary Fund (IMF) responded to calls for debt cancellation, saying that debt relief may be squandered through corruption, increased military expenditure, or grandiose projects. All of the three are happening on the continent even in the absence of debt pardons. All three are rooted in civil wars, wrongheaded policies, and interventionism. This is a leadership problem, economic mismanagement, rather than the work of external forces against Africa’s fortune.  As Dr. George Ayittey puts it, “Before crossing a road, the average intelligent person looks BOTH ways or risks being hit by a truck. Africa is in bandages because many of its leaders looked only one way—at the external causes.”

In the electioneering activities leading to President Akuffo-Addo being elected in 2016, he vowed to end reckless borrowing and to ensure fiscal discipline and macroeconomic stability under his regime. He made the claim during a round table discussion organized by the Royal Institute of International Affairs in January 2015. Between January 2017 and January 2020, GHS 86.6 billion was added to the debt stock. The government before him, under John Mahama’s administration accrued debt hovering around GHS 122 billion, and prior to that, the Kufour-led administration of the New Patriotic Party had accrued GHS 9 billion debt stock in 2009. Excessive interventionist governments deepen Africa’s economic woes. Where economic freedom is lacking, debt is inevitable.

It would be unfair to chastise the political leadership of Africa without understanding what monies lent to Africa are used for. Simply put, these monies are used to pay off loan interests and loan principals. The leftover is used for infrastructure. This was and is not the basis of the West’s prosperity. Instead of calls for debt cancellation, Africa must seek to learn, unlearn and relearn the fundamentals of economic growth and innovation-driven progress. The traditional African economy of centuries-old offers solutions that have been ignored by politicians. As argued by J. Kennerly Davis Jr. in a paper bearing the heading, Individual Liberty: The Foundation of National Prosperity,” there is a simple path to prosperity.” This, then, is the ultimate lesson for development policy: national prosperity is a goal to be pursued indirectly. If a developing country wants to be prosperous, it should not base its efforts first and foremost on infrastructure projects or transactions with foreign investors per se. Nor should it attempt simply to transplant legal and economic institutions from developed countries. Prosperity does not simply flow from concrete, privatization transactions or a new court system.”

At the heart of Africa’s rising debt is African governments resort to taxes as a way of financing debts. As the tax net get expanded, it is the poor other than the rich who are unfortunately burdened. This arrangement affects the entrepreneurial drive of the continent and renders many young people unemployed. Worse, production and property shift from the private sector to the government. In the end, a vicious cycle of poverty is unleashed, corruption becomes endemic, plunder becomes a way of life and wealth is gained hastily through political expediency. Whiles this is disturbing, it provokes the majoritarian poor and the “empathizing rich” to demand the internal solutions to spur growth.  The need for African government to do right is louder than before. When young people get frustrated the urge for peaceful demonstrations, the chants resonating with liberty, and echoes of “Fix the country” (a recent popular catchphrase in Ghana) become the norm.

Africa loses about $148 billion to corruption according to the United Nations Economic Commission for Africa (UNECA). Out of the 23 out of the 36 countries surveyed, 1 out of 3 said their government was handling corruption either “fairly well” or “very well”. This is according to the Centre for Democratic Development (CDD)-Ghana’s Round 6 Afrobarometer survey (2014/2015). This is an indication of how unconvinced citizens are regarding the fight against corruption by governments in Africa.  Why must the westerners be plundered in a scheme that only fills the pocket of a few?  And is the West not also bearing the brunt and reeling under the impact of COVID?

Africa needs no debt cancellation. The systems/ institutions to safeguard the economic freedom of Africans have been steered into a mire of corruption, extortion, inefficiency and arrant mismanagement. These are the fruits of gross ineptitude mutating itself in manifolds. Instead of abhorring what stabs the continent, African governments want to meander their way by enlisting global emergencies, neocolonial conspiracies, colonial legacies and the slave trade as defense.

If Africa wins the “no-fight” or “yet-to-begin” against corruption, it can pay off its debts. If the continent focuses on individual liberty, it will mitigate its borrowing spree. Where freedom reigns, prosperity is guaranteed. Individuals take charge of their lives and limit government to its core of safeguarding liberties and protection against external aggression.

Emmanuel is a Co-founder and CEO of Africa Centre for Entrepreneurship and Youth Empowerment (ACEYE) — a policy think tank that promotes entrepreneurship and free markets in Africa. He is an author of four books including Manifestos: Rewards and Punishments. 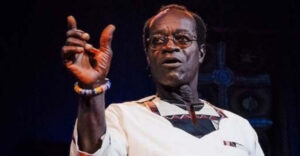