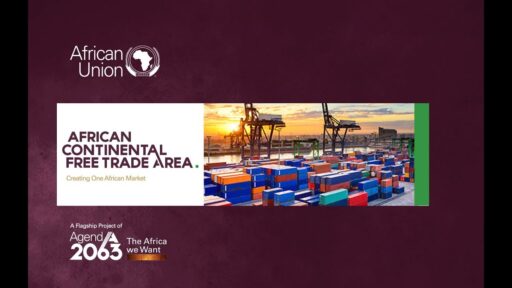 The AfCFTA has been of keen interest to the Africa Centre for Entrepreneurship and Youth Empowerment (ACEYE). The institution has been following the progress and the happenings of the trade agreement. Earlier reports have been written based on a rigorous research conducted and recommendations are made that could be beneficial to the successful implementation of the AfCFTA when taken into consideration. Businesses in Asia are booming and doing well partly because of the Free Trade Agreements made among the Asian countries. The Free Trade agreement will not just open up trade among member countries but will also promote investment, growth of businesses and employment.

It is highly anticipated that the Free Trade agreement will “bring legal certainty, better market access and fair and equitable treatment in trade and investment, thus creating new business opportunities and further enhancing trade and investment flows” among the member countries.

ACEYE has cautioned that the movement of goods across the borders of member countries without tariffs is not by itself an economic success. Since the AfCFTA is a huge project and one of the largest to be rolled out in Africa, there are some inherent challenges that will rise up. With the watchdog efforts of institutions such as ACEYE, these inherent challenges can be spotted on time and dealt with.

How vulnerable are we?

First, the AfCFTA has gained less popularity among Africans. Whereas the AfCFTA is publicized by global media, it has not been publicized to the individual African citizens who are essentially the constituents and key beneficiaries of the trade agreement. By this time, the concept of AfCFTA should have been inculcated in the lessons learnt in school, especially economics and business-related course modules. Massive awareness campaign should have been done by now such that majority of Africans know the inside out of AfCFTA. Per the research conducted by ACEYE, less than 30 percent of the citizens of the member states know more about AfCFTA.

Deal with the threat entrepreneurs face

According to a 2019 study by the UN, women constitute 70 per cent of Africa’s informal cross-border traders, and showed that African women traders often confront corruption, insecurity and sexual harassment. These are issues that have to be tackled and the average market woman should be made aware of the policies laid down to protect them and other vulnerable traders so that the trade agreement will be attractive to them to travel across borders for business.  A study by Kingsley Ighobor, published by the UN indicates that the customs services in some of the member countries lack adequate information about AfCFTA. Recounting his experience, Mr. Ighobor mentioned that in an interview by Africa Renewal, a respondent stated: “Not long ago, I went to the customs service in Ghana and told them I wouldn’t need to pay tariffs at some point because of AfCFTA. They didn’t understand what I was talking about,” she recalls. There are many traders who have no idea what AfCFTA is all about.” It is so surprising that university students and graduates know very little about AfCFTA. Not to mention of the less educated businessmen and women that operate in the African markets. These individuals are pillars of the African economy so they must be well integrated into the AfCFTA operations.

Beyond the headlines and big meetings

ACEYE follows the situations happening in the African countries and it is evident that during election periods, the media houses are so much filled with campaign songs and messages and rallies that every citizen gets to know what is going on. The redenomination of the Ghanaian Cedi currency in 2007 was so resounded on the media that every Ghanaian was made aware. So also were the campaign for the introduction of the 100 and 200 Ghana Cedis denominations that every Ghanaian was made well aware of.

Why has the publicity of the AfCFTA been kept so low? Why do the citizens of the member states know so little about the AfCFTA? ACEYE is making a wake-up call to His Excellency Nana Addo Dankwa Akufo-Addo and the Secretary-General of AfCFTA, Wamkele Mene. Acknowledge these loopholes and fill them as soon as possible to save AfCFTA.

The second threat spotted by ACEYE is the interruption of the AfCFTA by the bilateral trade agreements between the individual member states and foreign countries. African states with bilateral trade agreements with foreign countries or other regions such as the European Union will need to walk a tightrope in meeting prior commitments while implementing the AfCFTA. In February 2020, for instance, East Africa’s economic giant Kenya began bilateral trade talks with the US, a move seemingly at odds with the country’s commitment to Africa’s free trade area. The UK for instance, post-Brexit is entering into Bilateral relationship with other countries and the individual African countries are also part.

This is not a cause for trade war or protectionism. AfCFTA requires inclusive political and economic institutions which supports the ordinary African to start business, voluntarily trade, and compete.

Member states must reaffirm their commitment towards free trade

This means that the individual member states must revisit their bilateral trade agreements and build the trade agreement between the foreign countries and AfCFTA. Bilateral trade talks should be between foreign countries and AfCFTA moving forward. Whereas, this appears to be a theoretically inscribed policy, in practice, it is not followed. Hence, ACEYE makes the call that the leaders of the member states and the leaders of AfCFTA must handle these challenges because they are eminent and the earlier, they are handled, the better.